Listen to Marie, an environmental consultant, talk about her job. 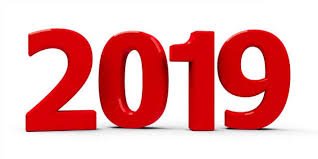 The Thinking Person’s Quiz of 2019

The Thinking Person’s Quiz of 2019

And so the year draws to an end…. and so does the decade !

We are constantly bombarded with news and social media events but how much can you actually remember?

This quiz takes a different angle on the traditional end of year quizzes……. we’re sure you know the answer to the straight forward questions but this Thinking Person’s Quiz goes beyond the surface and calls on your wider general knowledge skills, using mathematics, logic, history and of course English vocabulary !

If you are a teacher, or if you are doing this quiz with a friend, take your time to discus the events, give your opinion and reminisce about the events.

We wish all our learners a happy, positive and successful 2020.

The Thinking Person’s Quiz of the Year 2019 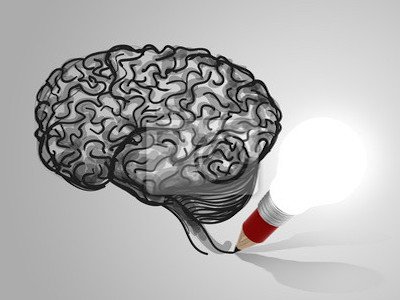 Christmas far from the North Pole

Come with us on a fun trip around Toulouse to soak up the Christmas atmosphere in South West France. There are only blue skies, no snow in sight but a lot of French cheese, cakes, chocolate, Canadian whisky and even a Christmas flamingo !!

What to do in Santorini in a week

Sue asks Chris about a recent holiday he spent on the Greek island of Santorini. Listen to some recommendations about what to do, where to go, what to eat and where to stay on the island. Chris talks about some of the places that everybody knows on Santorini,...
Read More

How many kisses make up a greeting in France? That's a good question and it depends greatly upon where you are in France. It’s a fundamental part of living in France that can leave foreigners a little flummoxed. "La bise" is the way people greet each other by...
Read More

Here is recording of our Facebook Live quiz of 9 January 2019 - our first of many. Make sure you like and follow our page https://www.facebook.com/EFLPodblog/ and join our Facebook EFL PodBlog group so you miss nothing and keep up to date with what we are doing....
Read More

Police act against Scooter Crime in The UK

Police officers will use their vehicles to knock moped thieves off their bikes - even during high-speed pursuits, Scotland Yard has said. Commander Amanda Pearson, of the Metropolitan Police in London front-line policing unit, said a hard-line approach using "tactical...
Read More

3 Jardins and Palais of Marrakesh

Marrakech is famed for its pink walls and historic buildings and souks, but just as important to the city are its beautiful gardens. From the lush courtyards of the riads to the expansive formal gardens of its palaces and museums, these green spaces are havens from...
Read More

Learning a language? Speak it like you’re playing a video game

The Top 10 Healthiest Foods you can eat

The consequences of an unhealthy diet

Microadventures Adventures Close to Home - Join us for six minutes of adventure! You won't be going far but you'll discover how adventurer, Alastair Humphreys thinks there's fun to be had on your doorstep. Along the way we'll be exploring the expeditions you could go...
Read More

Making an easy and delicious Chicken curry - it is so easy when you know how. If you enjoy Indian or Asian food, then you probably like curries - delicious aren't they! Chicken curry is a common delicacy in the Indian subcontinent, Southeast Asia, as well as in the...
Read More

It's Christmas again - yeah, already ... how did that happen? Here is a selection of the lights in Toulouse, France. Christmas lights (also known as fairy lights) are lights used for decoration in celebration of Christmas, often on display throughout the Christmas...
Read More

From London Victoria to Twickenham for a great match between the all Blacks and The Barbarians, then a bus ride from Victoria to Brick Lane in The East End of London... A lovely trip! Music - Mostly Cloudy - 2 Man Embassy (Thanks Guys!) Facebook Youtube
Read More

Chris has just been to the travel information office in London, where the information officer suggested some ideas on travelling around London. In this video, he tries to remember the advice that he was given. Some of the modals of possibility were used here : You can...
Read More 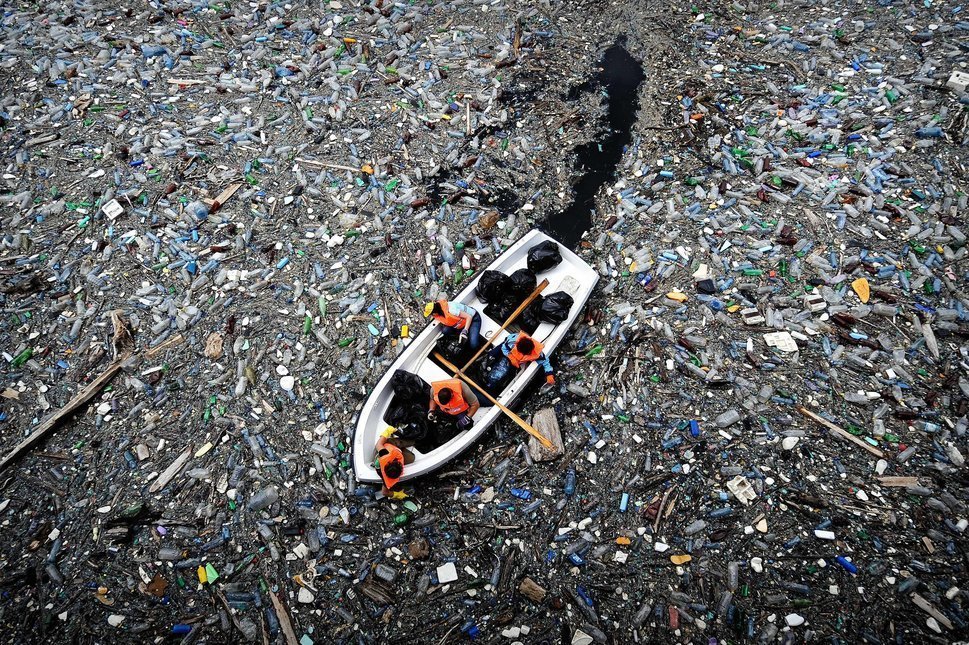 Drowning in Plastic trailer – Liz Bonnin reveals the full scale of the world’s plastic problem and its impact on wildlife, exploring ways in which science can offer a solution.

Our blue planet is facing one its biggest threats in human history.

Trillions of pieces of plastic are choking the very lifeblood of our earth, and every marine animal, from the smallest plankton to the largest mammals, is being affected.

But can we turn back this growing plastic tide before it is too late?

She works with some of the world’s leading marine biologists and campaigners to discover the true dangers of plastic in our oceans and what it means for the future of all life on our planet, including us.

Liz travels 10,000 miles to a remote island off the coast of Australia that is the nesting site for a population of seabirds called flesh-footed shearwaters.

Newly hatched chicks are unable to regurgitate effectively, so they are filling up on deadly plastic.

Then, in America, she joins an emergency mission to save an entangled grey seal pup found in some of the world’s busiest fishing areas, and visits the Coral Triangle that stretches from Papua New Guinea to the Solomon Islands to find out more from top coral scientists trying to work out why plastic is so lethal to the reefs, fragile ecosystems that contain 25 per cent of all marine life.

Liz learns that the world’s biggest rivers have been turned into huge plastic arteries, transporting 50 per cent of all the plastic that arrives in the ocean.

She travels to Indonesia, where she watches a horrifying raft of plastic rubbish travel down one of the main rivers, the Citarum. Here, 60 per cent of fish species have died, so fishermen are now forced to collect plastic to sell instead of fish.

With the world only now waking up to this emerging crisis, Liz also looks at whether scientists have found any solutions.

She meets the 24-year-old inventor of a monumental 600-metre construction that will travel across the ocean’s ‘garbage patches’ collecting millions of pieces of plastic pollution. She also meets a local environmental campaigner who is working with volunteers and the Indonesian army to clean up the worst affected areas, and a young entrepreneur who has invented an alternative to plastic packaging that is made from seaweed.

Plastic in our oceans is one of the greatest environmental challenges of our time, and this film hopes to add to the urgent and vitally important debate about how to solve this global crisis.

But is it too late to reverse the damaging effects of plastics. 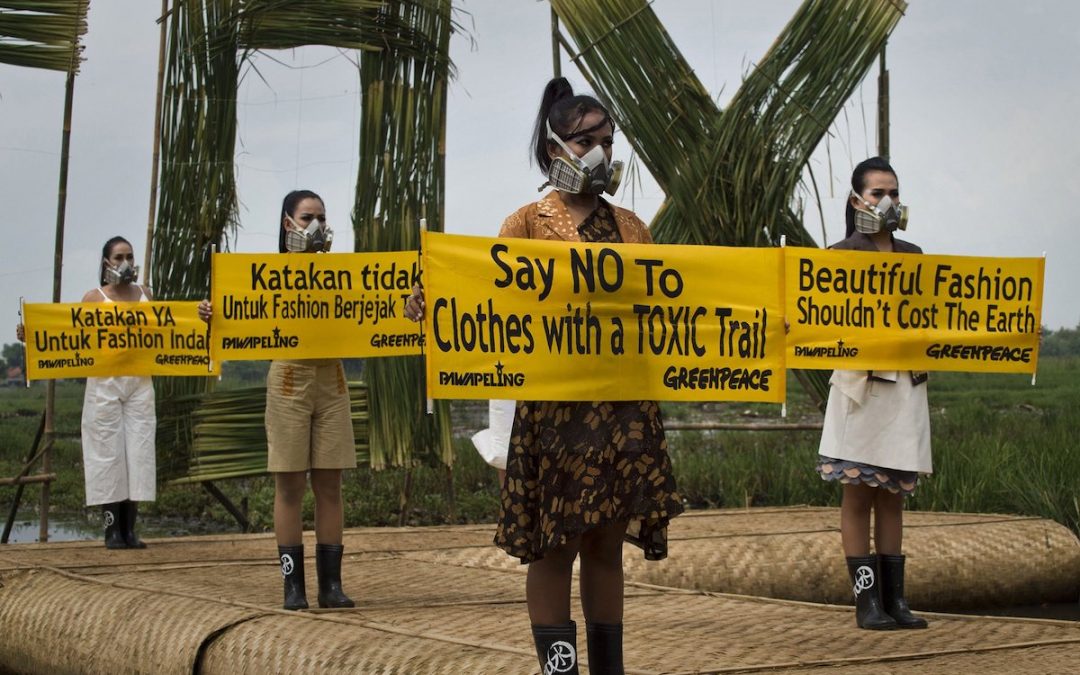 The worst polluters in the world

The worst polluters in the world are generally assumed to be the oil, mining and manufacturing industries.

Industrial wastes are one of the top sources of environmental pollution.

Across the world, untreated or improperly treated industrial waste pollutes the air, water, and soil in and around the industrial sites. The pollution caused by an industry often depends on its nature with some industries generating more toxic wastes than others. Pure Earth, an international non-profit organization, has compiled a list of the 10 worst polluting industries in the world.

Pure Earth, formerly known as the Blacksmith Institute until on 10 March 2015, is a New York City-based international not-for-profit organization founded in 1999 that aims to identify and clean up pollution, focusing primarily on contaminated sites and soil in developing countries.

Over the last decade it has cleaned up 84 sites in 20 countries,focusing on communities where children are most at risk. These communities suffer disproportionately from pollution-related diseases.

Blacksmith changed to a new name – Pure Earth – with the aim of broadening awareness of global toxic pollution issues to the general public.

The clothing industry is the second largest polluter in the world…second only to oil, although this is often disputed.

Criticisms of fast fashion include its negative environmental impact, water pollution, the use of toxic chemicals and increasing levels of textile waste.

Vibrant colours, prints and fabric finishes are appealing features of fashion garments, but many of these are achieved with toxic chemicals. Textile dyeing is the second largest polluter of clean water globally, after agriculture.

Greenpeace’s recent Detox campaign has been instrumental in pressuring fashion brands to take action to remove toxic chemicals from their supply chains, after it tested a number of brands’ products and confirmed the presence of hazardous chemicals.

Many of these are banned or strictly regulated in various countries because they are toxic, bio-accumulative (meaning the substance builds up in an organism faster than the organism can excrete or metabolise it), disruptive to hormones and carcinogenic.

Please don’t be put off by the quality of the podcast, as I was interviewing Susan on a boat. 😁