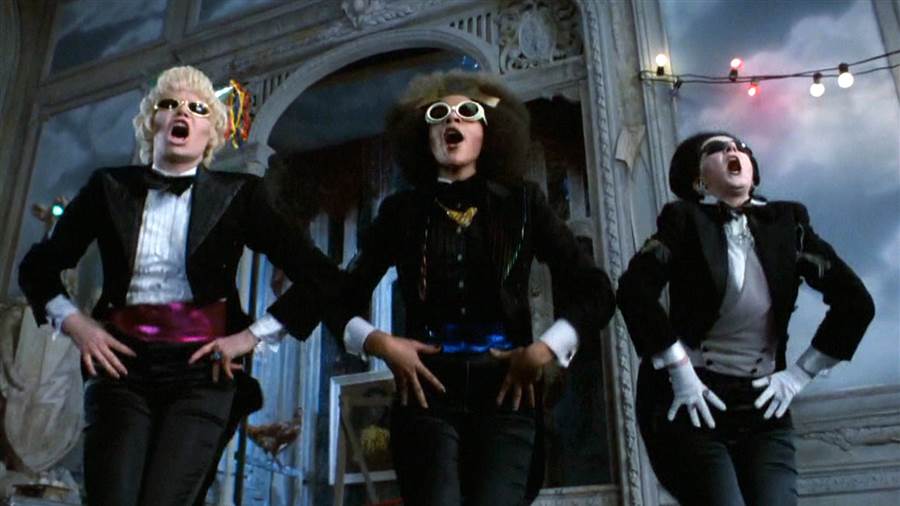 If you’ve had enough of all those clips explaining the origins of Halloween, go straight for the fun with this clip of the classic Rocky Horror Show song Let’s do the time Warp again.

The Rocky Horror Picture Show is a 1975 British-American comedy/horror parody of science fiction and horror B movies of the 1930s.The story centres on a young engaged couple whose car breaks down in the rain near a castle where they seek a telephone to call for help. The castle or country home is occupied by strangers in elaborate costumes celebrating an annual convention. They discover the head of the house is Dr. Frank N. Furter, who appears as a mad scientist but is actually an alien transvestite who creates a living muscle man in his laboratory.

The popularity of this film soared when cinema goers in Los Angeles attended the film in full horror costume and shouted back replies to lines in the film. The film has now reached cult status with annual RHS conventions worldwide.

Can you survive our St Valentine's Boot Camp quiz?
What's an idiom ? Try this quiz to find out !
Spelling place names in English
What do the Olympic medal tables say about your na...
YOU are a natural-born language learner!
Don't be fooled April fool quiz