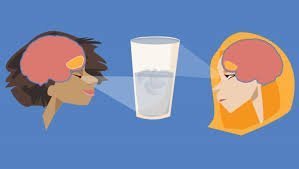 Learn English language expressions about future predictions – Are you an optimist, a pessimist, a realist or a total fantasist? Test your reactions to these predictions about the Winter Olympics starting on the 9th February in South Korea to see if you look on the bright side or if you see the glass half empty.

You don’t need to be a sports fan to answer the questions, in fact it may be easier if you are not !

The questions and answers are “tongue in cheek” and are a great way to learn new English language expressions.

Are you an optimist, a pessimist, a realist or a complete fantasist? Check out your personality with these predictions for the Winter Olympics 2018. 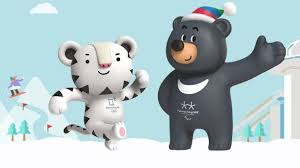 Basically, English does not have a future tense because:

(1) It does not have any verb morphology specifically dedicated to future tense;

(2) All the putative markers of ‘futurity’ in English are actually modal verbs, which themselves have present and past tense. Thus as the Cambridge Grammar of the English Language (Huddlestone and Pullum 2002) notes, ‘will’ actually does not consistently mark futurity, and futurity is not consistently marked by ‘will’:

Some more examples of various future constructions in English:

(3) The issues that arise in (2) result from the fact that English never grammaticalized a category of futurity like it has present and past.  If something is in the past, one generally has to mark it with the past tense verb morphology, but this is not true of the future, which really might be called the nonpast.

Have a go at the English grammar speed test

A Tricky number problem
Is your accent important in the workplace?
The Brainy global news quiz
Could you pass the French Citizenship Test ?
Self concept and learning - can we teach adults an...
How well do you know Facebook?