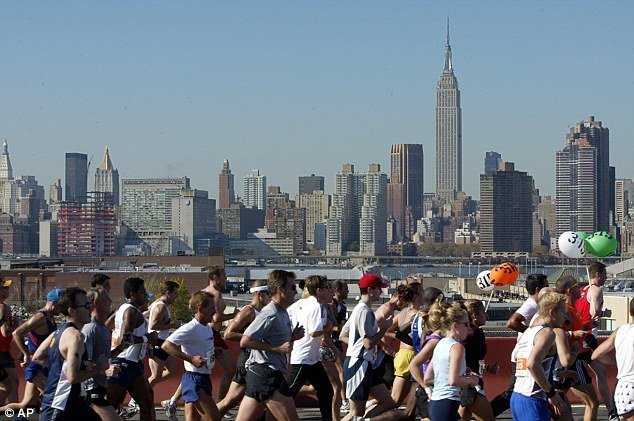 Along with the Boston Marathon and Chicago Marathon, it is among the pre-eminent long-distance annual running events in the United States and is one of the World Marathon Majors.

The race is organized by New York Road Runners Club and has been run every year since 1970, with the exception of 2012, due to landfall of Hurricane Sandy.

In past years, it has been sponsored by the financial group ING.

In 2014, Tata Consultancy Services, a multinationalinformation technology (IT) service, consulting, and business solutions company headquartered in India, began an eight-year term as the title sponsor.

It is held on the first Sunday of November and attracts professional competitors and amateurs from all over the world.

Because of the popularity of the race, participation is chosen largely by a lottery system.

Runners who are members of NYRR can gain entry by meeting the qualifications for guaranteed entry or via nomination from an official running club.

Olivier ran the NY Marathon with his running mate Pierre – listen to him speak to Susan about his experiences in Running The New York Marathon.

For more on the NYC Marathon have a look here.