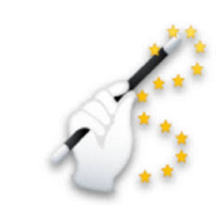 Miracle language learning solutions – there are so many theories and received ideas about what makes a good learner (especially a good language learner) that a penny for every one would make someone very rich.

Miracle language learning solutions – let me just take some of that back.

There are many spouting the snake-oil, ‘miracle solutions’ to learn this and that ‘with no effort’ that one is led to believe that learning is quite a simple process, made up of a blend of osmosis and trickery that one can accomplish in one’s sleep. You know, the ‘become fluent in {enter an unreasonable number of days, weeks, months or lessons here}.

It has almost resulted in a competition to see who can propose the craziest process, that, apparently nobody has ever seen before, which has escaped all academia since the dawn of time.

This idea of ‘no effort’ surely seduces many, who have put lots of effort into learning something in the past, but whose efforts have fallen by the wayside for whatever reason.

Let me just reassure you – Learning is not a spectator sport, and the only ones who are getting rich by these charlatan methods of hoodwinking would-be learners, are those that are bombarding our in-boxes with their ridiculous, but sometime tempting, offers of ‘miracle language learning cures.’

The truth is that to become a good learner, in whatever subject you can think of, one has to be a good listener and that is a lot easier said than done.

It is not because you have a highly developed sense of hearing that you can automatically become a good listener – the two are just not the same.

Hearing is largely passive, whilst listening is an active process, but in order to listen effectively, we need to be able to hear effectively too.

That said, they are not reversible, nor binary processes.

Listening can be said to be an active, i.e. effort, process of trying to make sense of what we hear, it is a conscious process, whereas hearing can be as simple as detecting the sounds that we hear around us.

Listening is also closely linked to attention and concentration, so we can have excellent hearing and still be bad listeners – I’m sure you have many examples in mind to confirm this.

The only way to become a good listener is by training the ear and, consequently, the only way to train the ear is to listen – does that make sense?

Imagine a tourist set up with a great phrase book, who visits Barcelona for a weekend. He is able to more-or-less say what is written in the book phonetically, his interlocutor may well, with effort, be able to figure out what he is trying to say, but what if his new-found Spanish (or Catalan) friend responds to his question?

Is there any point?

Nine times out of ten, the tourist will understand very little, or nothing of what is said to him?

He can, however, hear what is being said to him, albeit as a blur of unintelligible (to him) language.

One of the common reactions when listening to a foreign language is that the person speaks too fast, that they ‘eat their words’ and do not articulate, that they make no effort or that ‘they speak like that just so we can’t understand them’.

Of course there is a solid and logical argument to these assertions … no there isn’t, it is completely false, apart from some isolated cases where speakers don’t want you to understand what they are saying – cue the paranoia.

The problem lies in the interpretation of the issues – in fact it isn’t a case of understanding – ‘I don’t understand’. This is looking at things the wrong way round. The reality is that we just don’t hear, the sounds in the language, the intonation etc. so how can we hope to eventually understand, starting from this fundamentally flawed approach.

Take English for example, a language of quite distinct tonal range, from the very high tones to the very low, add to that sounds which are unfamiliar such as Schwa, weak forms, liaison between words, irregular rhythm (for some foreign learners) and variable stress patterns – not to mention accent, emotion and other confounding elements.

Now I am not saying that language learning has to be approached from a linguist’s standpoint – in fact very much the opposite.

What I am saying is that we need to be able to hear the language in very broad terms before being able to listen and finally understand our interlocutors.

The traditional language school methods of ‘listen – repeat – answer questions – produce’, the ‘Drill and Kill’ method, is clearly lacking in many of the process steps that lead to successful language learning – hey, it can work for some subjects, but regrettably this cannot be applied to all and especially not to language acquisition or learning.

Who remembers singing their multiplication tables at school? That was effective, wasn’t it – those that studied Latin may have managed to learn their verbs in this way too – but Latin is a dead language, this method is questionable when applied to language learning, although many press ahead with this, perhaps unwilling or unprepared to question the inefficacy of these methods.

The long and short of it is that language is a skill that doesn’t really deal with facts – it is a soft skill, not a hard skill, which involves changes in the person and their process of learning, not the outside factual world.

Many criticize the concept of passive listening – listening in the background or listening even when you don’t understand what is being said.

I must agree to a very narrow extent with this, in as much as listening passively with no clear objective for why you are listening, is, in my point of view, aimless listening. However, if there is a clear objective for the listening, which I have discussed in other posts on my blog, then this is a very constructive way forward which I can guarantee works (now that may be letting down the drawbridge, but do bring it on).

Maybe we should really get down to the core of the issue and ask the question why it is so difficult to hear and learn new patterns, expressions and vocabulary in another language, when this is something we do naturally, on a daily basis in our own, native languages.

Go on, try it, ask yourself the question and see what you come up with.

I have argued in other posts, which has sure raised a few hackles, that teaching juts doesn’t work (I’m not blaming teachers – it is a profession that is lambasted from all sides, but the problem is systemic and situational) especially as far as languages are concerned, but we pursue this, probably because we don’t know any other way – although there are many possibilities, just have a look what Carl Rogers had to say on this as far back as the 1950s – although I’m sure there will be resistance for the next 60 years at least.

To some extent, reading and writing, and perhaps speaking are learnt skills, that could if you believe it to be true, lend themselves to being taught.

On the other hand, listening is so often overlooked as a skill or competency that will somehow develop naturally as long as the other three skills in language learning are achieved – which is a flawed argument on so many levels.

Paul Sulzberger argues that, “When we are trying to learn new foreign words we are faced with sounds for which we may have absolutely no neural representation. A student trying to learn a foreign language may have few pre-existing neural structures to build on in order to remember the words.”

This must surely strike a chord for those battling to learn a language in school or later in life. This could also be understood by those who go abroad for two or three weeks and get the chance to use their school French or German (or any other language for that matter). As the language is used and as the ear tunes in to the second language, it becomes slightly easier as the holiday progresses, only to go back to square one the following year when on holiday again.

Once again, I reiterate, it takes a lot of effort and a lot of time to learn a language and the ear is the key – when the ear works everything works, notwithstanding feelings of embarrassment or shyness when using the language, but this is another issue.

Paul Nunan calls listening ‘The Cinderella skill’, Listening is the Cinderella skill in second language learning. All too often, it has been overlooked by its elder sister: speaking. For most people, being able to claim knowledge of a second language means being able to speak and write in that language. Listening and reading are therefore secondary skills – means to other ends, rather than ends in themselves.

Traditional language learning methods, from the grammar-translation to the Communicative approach, are still lacking in terms of the order of what effective language learners need. Sure, reading, writing and grammatical proficiency lend themselves as skill-sets, to teaching, whereas listening, and I mean really facilitating a process of how to listen, is severely lacking in language learning.

This could be due to the fact that it is virtually ‘unteachable’, forcing the ‘teacher’ into, what is sometimes ‘dangerous’ territories that require facilitation skills and learner autonomy.

I’d like to add that there is a gulf of difference between independence and autonomy – I’m not talking of letting learners just get on with it on their own, but more of changing the power-dynamics in learning, which for some can prove uncomfortable and is often misinterpreted.

Of course there are very few, to my knowledge, MFL or ESL training courses that put a heavy stress on listening processes, beyond setting listening tasks and constructing questions to check understanding or even to produce summative,  formative or ongoing assessments to check the validity (levels) of the learners in terms of their understanding.

I know of none of these courses (but I do hope they exist) that take a structured approach to the learning of listening-process skills – a process approach that can be applied to varying contexts where listening is involved, a transverse, more than an ‘in-line’ or supplementary skill.

Listening skills are so very important that it goes without saying that they are vital skills to develop and I’m sure we all agree with this (apart from the ‘Fluent in 3 months’ brigade).

Additionally, this is the natural way that we learn or acquire, our own languages – we don’t learn all fours language skills (listening, reading, writing and speaking) at once, and this is why, apart from the total immersion effect and the possibility that we are hard-wired to naturally acquire our native language due to many other factors, we acquire our native language seamlessly and highly effectively.

So the question remains as to why these methods, of simultaneously learning the four skills in language learning are pursued in general – is it not futile? Is it time to change?

How well do you know English accents?
2016 The Good The Bad and The Ugly
Who said it ?
Male / Female Communication Issues
12 Effective Language Learning Tips
Can you find these 10 English proverbs from an ima...
This website uses cookies to improve your experience. We'll assume you're ok with this, but you can opt-out if you wish.Accept Read More
Privacy & Cookies Policy
Necessary Always Enabled