One Soft Skill you can start working on NOW! 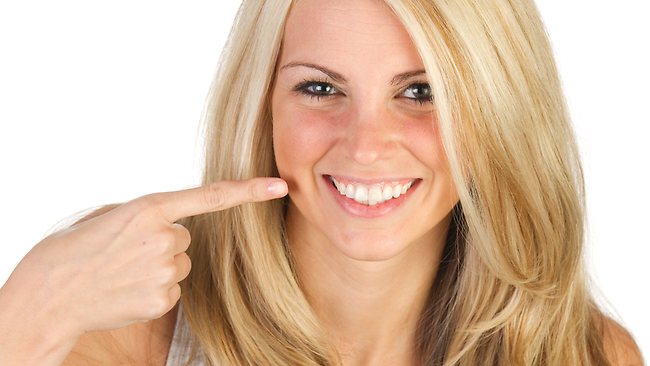 One Soft Skill you can start working on NOW!

One of the most effective soft skills that can be developed almost immediately is the ability to smile.

And I mean this for business and for life in general, but is so often not recognised as a soft skill, but I can assure that that it is indeed one of the most important soft skills that holds the key to developing many others?

Now, when I talk about smiling, I’m not talking about a toothy grin that makes us look like the village idiot, just an outward sign that shows people that you are happy to be doing whatever you are doing.

I’ll give an example – many people stand in front of an audience, during a presentation, with a straight, almost sad face, presenting their subject in a way that, well, frankly, they look bored, terrified, unhappy, not wanting to be there.

I’m starting to decode messages that are obviously unintentional, but am I the only one doing this?

Keeping a serious face has a marked effect on intonation and body language – it is very difficult to get any form of inflection, rhythm, varied intonation and dynamic voice when the face is looking gravely at the audience and I would also argue that movement and any form of dynamism, is in turn affected.

Smiling is One Soft Skill you can start working on NOW!

If you are presenting in English and your language is more monotone than English, then you could end up sending people to sleep, so start smiling and getting some rhythm into your speaking.

Yes, I know , I’m reading into things, but isn’t that what the majority of communication results in? It’s not the way the message was transmitted that counts, but more the way that it is understood at the other end – remember Mehrabian’s 55%?

Smiling is a uniquely human trait – sure, other animals can portray what can be construed as a smile, but the emotions may not be the same.

That said, we often associate smiling with pleasure, amusement, joy and happinness, but it can also portray nervousness, indecisiveness, anxiety or fear, when used in an involuntary way.

Smiles can be natural or artificial and most of us are pretty good at detecting the difference between the two.

It is a fairly global way of sending a message in a face-to-face context, in intercultural terms, but can also be heard over the telephone – as a grimace can too!

Ever heard the term, “Service with a smile”? “The halo effect“?

Smiling adds to rapport, when it is sincere and can help to diffuse certain, potentially difficult situations when coupled with active listening skills.

It has even been suggested that the impression that one makes when smiling, goes even further than this – that people are remembered and even name retrieval is enhanced – meaning that not only are you remembered as an individual, but you act on people’s memory too.

Smiling is an inherent aspect of social interactions and turn-taking in social intercourse, but in some cultures, the smile may have a completely different interpretation.

For example, in Japan it can be used as a way of masking confusion, embarrassment or anger – have a go at smiling at a stranger on the Paris underground and see what happens, some cultures believe that smiling is a sign of shallowness and deceit, others that it is a sign of honesty and openness.

The thing is to be able to manage the intensity and the situations where smiling can, and should not be used – this requires not so much a deep knowledge of intercultural situations but a strong sense of self-awareness.

In some situations, where we are ourselves can feel stressed and nervous, a genuine smile can help diffuse the stress felt by both parties – as long as it is controlled and well-managed – think about a job interview or indeed a presentation.

Sometimes the audience and the interviewer are just as nervous as the presenter and the candidate – a genuine smile can help put everyone at ease.

It appears to have a positive effect on others and make one more approachable, humble and likeable.

Some people smile with both the corners of the mouth turned up into a smile and with their eyes, some can smile with an almost imperceptible turning up of the mouth but a clear smile in the eyes.

If you are ‘selling’ yourself in an interview or trying to capture the interest of an audience during a presentation or a meeting just try speaking with any form of passion or enthusiasm when not smiling … hard isn’t it?

Smiling can help in the control of stress and in self-motivation, smiling send a very strong outward signal to others.

There are very few things that can be resisted by humans – enthusiasm is one of these – if you are enthusiastic and believe in yourself, you will at least awaken the curiosity in others to ask why you are so convinced or enthusiastic – it is generally irresistible. The opposite is not even worth considering, I mean, why would you set out to look dull and bored? (although some apparently do).

The next time you are ‘selling’ an idea, a concept, a product or a service, smile and let everyone believe that you believe in IT and YOURSELF – it really is that simple.

Smiling is One Soft Skill you can start working on NOW!

Pronunciation tips: 20 mispronounced words
25 Tips to Motivate People in Your Organisation
Drones handle with care
Textile Factory Tour - A visitor from the UK
Do you speak English?
How to cheat at pronouncing some of the difficult ...
English Podcasts
This website uses cookies to improve your experience. We'll assume you're ok with this, but you can opt-out if you wish.Accept Read More
Privacy & Cookies Policy