Why Do American Accents Sound That Way? 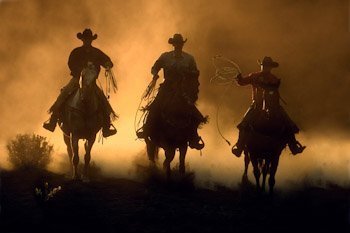 Why Do American Accents Sound That Way?

Why Do American Accents Sound That Way? Have you ever wondered why accents sound as they do?

Some think that there is such a thing as an American accents, however there are very divers accents all across North American that clearly disprove the idea of a single accent.

There are also many variations among immigrant populations that almost form dialects within the language.

English is the most widely spoken language in the United States and is the common language used by the federal government, considered the de facto language of the country because of its widespread use. English has been given official status by 32 of the 50 state governments.

As an example, while both Spanish and English have equivalent status in the local courts of Puerto Rico, under federal law, English is the official language for any matters being referred to the United States district court for the territory.

The use of English in the United States is a result of British colonization of the Americas. The first wave of English-speaking settlers arrived in North America during the 17th century, followed by further migrations in the 18th and 19th centuries.

Since then, American English has been influenced by the languages of West Africa, the Native American population, German, Dutch, Irish, Spanish, and other languages of successive waves of immigrants to the United States.

Any American English accent perceived as free of noticeably local, ethnic, or cultural markers is popularly called “General American“, described by sociolinguist William Labov as “a fairly uniform broadcast standard in the mass media”, but otherwise there is not a mainstream standard English of the country, according to historical and present linguistic evidence.

According to Labov, with the major exception of Southern American English, regional accents throughout the country are not yielding to this broadcast standard.

On the contrary, the sound of American English continues to evolve, with some local accents disappearing, but several larger regional accents emerging and advancing.

Serge on holiday in the west of The USA
Social Learning - what we have been doing all alon...
DuckDuckGo a search engine that puts privacy first
4 days to go Britain debates membership in EU befo...
These Lateral Thinking Tests Will Blow Your Mind
Can You Use These Often Misused Words Correctly?
English Podcasts
This website uses cookies to improve your experience. We'll assume you're ok with this, but you can opt-out if you wish.Accept Read More
Privacy & Cookies Policy