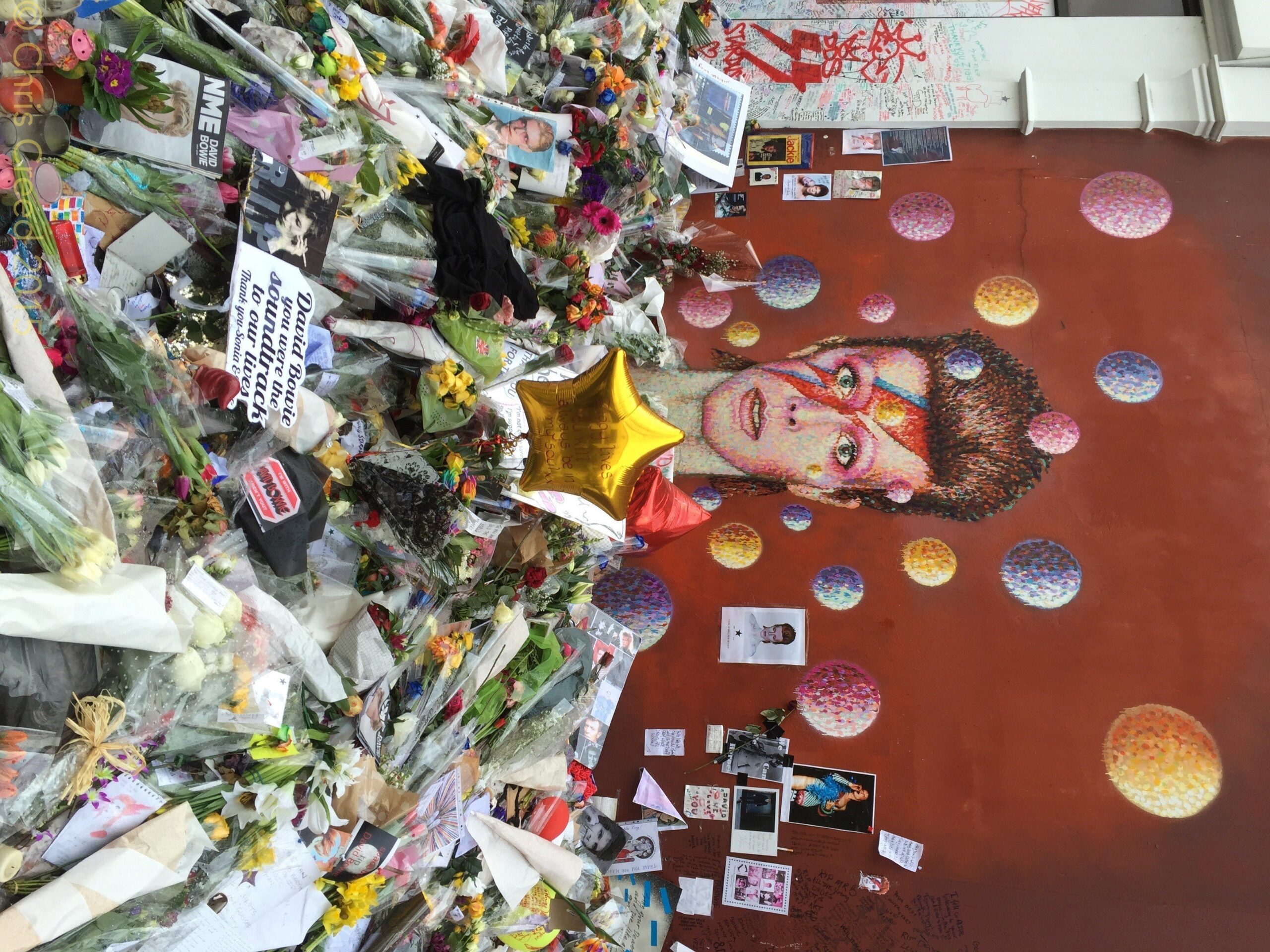 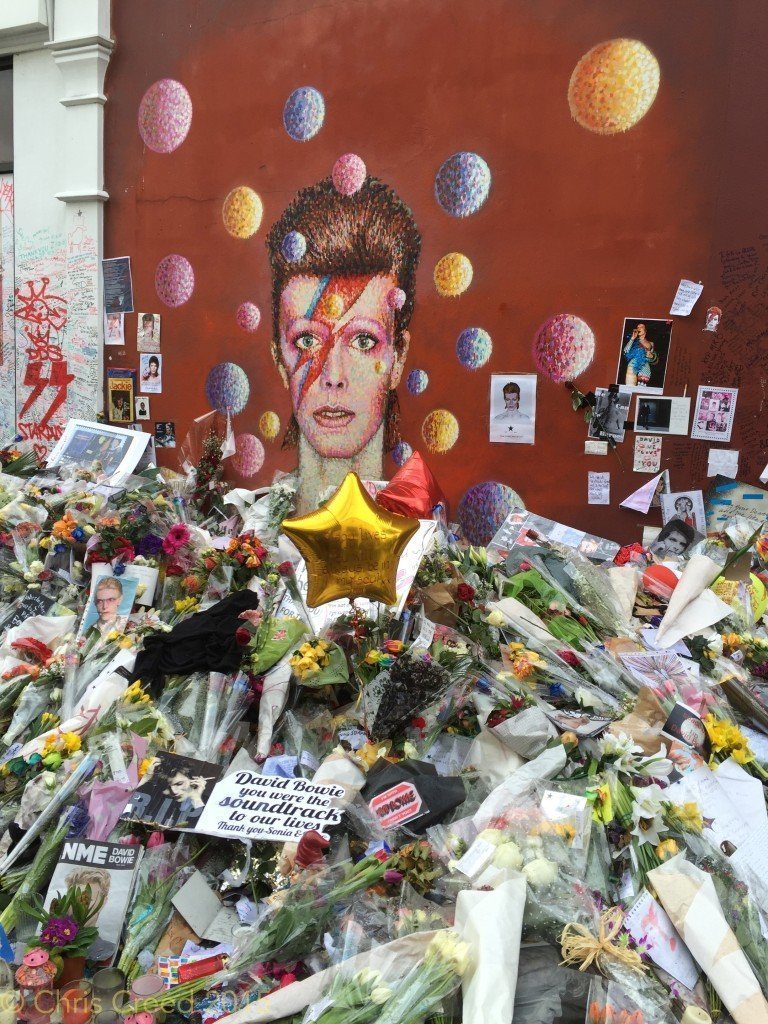 Opposite the Brixton tube station in South London is  a street mural on Turnstall Road, there are flowers, candles, cards, pictures, tee shirts and magazines all with a message or a picture of the music icon that was David Bowie, where fans have publicly paid their respects.

The mural, painted by Australian artist Jimmy C in 2013  has become a shrine to the great man, where fans have been congregating from near and far.

The site feels almost like some kind of religious experience, a cultural pilgrimage where every visitor is free to mark their respects and pay tribute in whichever way they feel.

Most people, fans or not, took photos to remember the moment, or to send them on to friends, whilst taking a few moments to reflect on the life and music of David Bowie – who was born in Brixton.

After standing at the site for a few minutes, I was watching individual ceremonies and acts people had prepared, with great care, love and attention.

Some got on their knees and decorated the ground with rainbow flowers, cards and messages, messages written with care on the walls next to the mural.

The most striking thing was the clear ability that Bowie had to reach out to generations, I saw people from 70 + years old to teenagers all going through their own rituals of saying goodbye and marking the moment in their own personal ways.

Going to the mural was a special occasion – it was both touchingly sad and happy at the same time, with a busker striking up a rendition of Bowie’s song, “Five Years.”

A thank you and goodbye to a man that you didn’t know personally but had definitely positively affected either you or the world that you live in – as a message I saw on Facebook so rightly put it, be thankful that you grew up and lived at the same time as David Bowie.

As a huge Bowie fan since my teenage years, I enjoyed, although I’m not sure this is the exact term to use, A visit to the David Bowie memorial, Brixton, London.