A British comedian in Toulouse 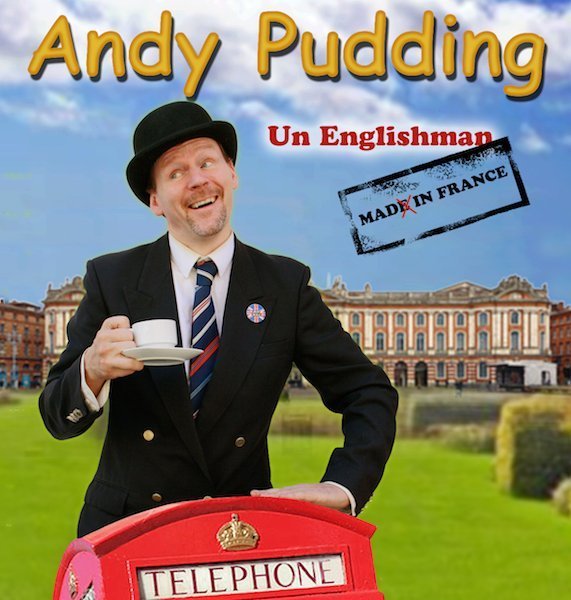 A British comedian in Toulouse

Andy Pudding (it’s his stage name, not his real name) is a comedian, living in Toulouse, France who does a stand-up comedy show called “Mad in France” and another that he is refining.

His comedy revolves around his first-hand observations of living in France and especially living in Toulouse and is a hilarious mix of song and jokes, which both British (or any expat perhaps) and French audiences can identify with.

Have you ever heard of Boudouism? Not Buddhism …

If you live in France, have you ever had to wrestle with the French administration?

Can you imagine any of the specific problems that you could run into as a non-French (or even a French) citizen?

If you don’t, catch Andy’s shows to find out.

We really enjoyed speaking to Andy and sincerely hope to do more podcasts with him in the very near future.

If you haven’t seen Andy Pudding’s shows, then have a look on YouTube or if you are in Toulouse, go to one (or more) of his shows – you won’t be disappointed!

Andy is also compère for an evening of stand-up comedians, guaranteed to make you laugh your worries away – in English!

Come and laugh yourself silly with stand-up you can understand 100%. All this in the cosy comedy club atmosphere of L’Entrée des Artistes, a convivial bar/restaurant attached to the famous theatre – La Comédie de Toulouse.

Keep up to date with our latest Blog Posts, Videos, Quizzes and Podcasts by joining our Facebook page and Facebook group

After listening to the podcast try the quiz