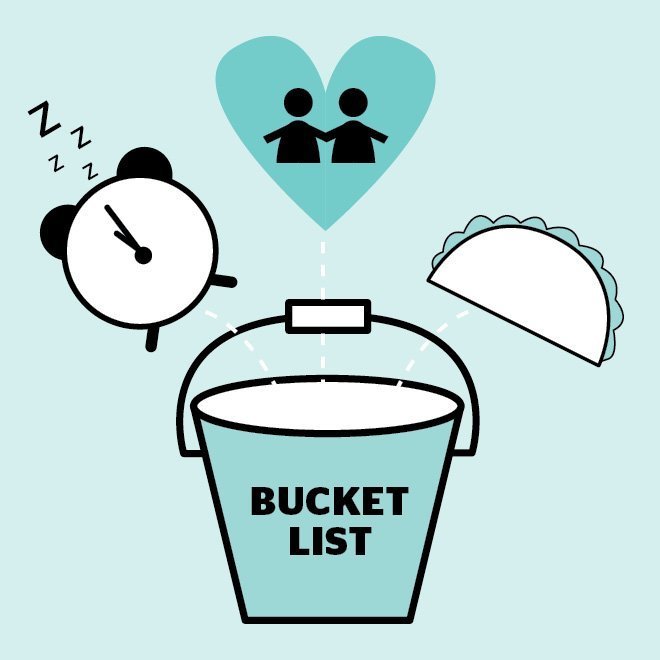 Listen to Mylène talking about what she has on her bucket list.

She also says that her bucket list changes through time, as she achieves some of the things on her bucket list, other things are added, so it becomes a lifelong journey.

The term was coined by American and British screenwriter Justin Zackham in his screenplay for the 2007 film The Bucket List.

Zackham had created his own list called “Justin’s List of Things to Do Before I Kick the Bucket” which he then shortened to “Justin’s Bucket List”.

After a time, it occurred to him that the notion of a “bucket list” could itself be fodder for a film, so he wrote a screenplay about two dying men racing to complete their own bucket lists with the time they had left. Articles about the movie are the earliest known uses.