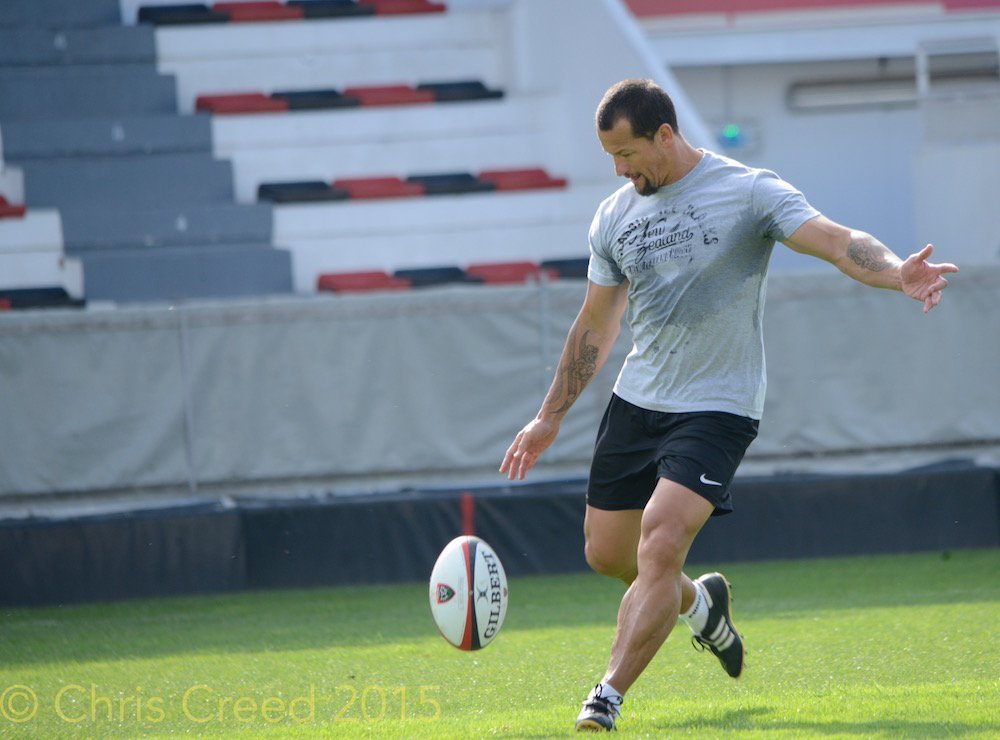 Carlos James Spencer (born 14 October 1975 in Levin) is a former New Zealand rugby union footballer and most recently the head coach of the Eastern Province Kings.

During his playing days, he played at fly-half (first five-eighth) for the Blues and Lions in Super Rugby and for New Zealand internationally.

He has generally specialised in the position of fly-half, also known as “first five-eighth” or “number 10”, although he has also played fullback (number 15) at national and international levels.

Spencer first rose to prominence when he starred alongside Christian Cullen in a Ranfurly Shield challenge in 1991, playing for the Horowhenua team against Auckland. Auckland coach Graham Henry spotted Spencer’s talent and recruited him to play for the Auckland team.

He played for the Blues Super 12 team from the inception of the competition in 1996 until 2005, and for the Auckland NPC side.

In 2005 he signed to the English club, Northampton Saints, where he stayed until 30 January 2009.

On 3 February 2009 he signed for Gloucester on a 17-month contract.

In January 2010 Carlos Spencer signed with the Johannesburg-based Golden Lions, to play for the team in the 2010 and 2011 Super Rugby seasons. The contract offered to him was said at the time to be the highest ever in South Africa.

He subsequently took up a coaching role with the team, before being released following the 2012 season.

He moved to the Durban-based Sharks for the 2013 season.

In December 2013, he signed a five-year contract to become the kicking and specialist skills coach at Port Elizabeth-based side, the Eastern Province Kings.

He was appointed as their head coach on 20 February 2014.

He was in charge of just one Currie Cup season in 2014, where they achieved just one victory in ten matches. Brent Janse van Rensburg was appointed as head coach for the 2015 Currie Cup Premier Division season with Carlos Spencer reverting to kicking and specialist skills coach. However, Carlos Spencer left the coaching staff a month later.

In 2006, Spencer was named in the Guinness Premiership Awards Dream Team and collected the Player of the Year award for the 2005–06 season at the Northampton Saints annual awards, as voted for by the clubs fans.

He played in four matches for Bob Dwyer’s World XV team in 2006, including a match for the Barbarians against England at Twickenham on 28 May and a 30-27 loss to the Springboks at Ellis Park on 3 June.

This interview was done on 6th October 2015 after a training session at Stade Mayol, Toulon, prior to the match on the following day, which was a very emotional time for the players who played with Jerry Collins in the past.

Are you an Olympics Mastermind?
Animated Podcast number 6: Why study for an MBA ?
Covid-19 series part 1: Adapting to life in lockdo...
The Restaurant - Episode 5 - Paying the Bill
UFO Witness - Louise
Florian Bucket list