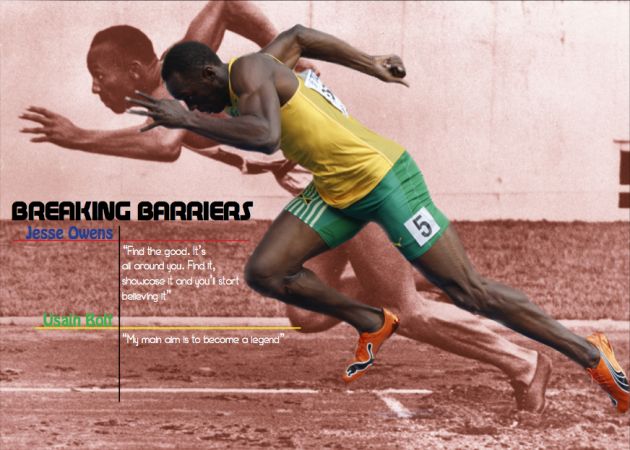 “Consider that Usain Bolt started by propelling himself out of blocks down a specially fabricated carpet designed to allow him to travel as fast as humanly possible.

Jesse Owens, on the other hand, ran on cinders, the ash from burnt wood, and that soft surface stole far more energy from his legs as he ran.”

As Race shows on the big screen, Owens actually dug out holes in the dirt for his feet.

“Biomechanical analysis of the speed of Owens’ joints shows that had been running on the same surface as Bolt, he wouldn’t have been 14 feet behind, he would have been within one stride,” said Epstein.

The difference between Rugby Union and Football
Top Ten Marriage Proposal Fails
22 emojis everyone gets wrong
7 Mysterious Objects We STILL Don't Understand
Cheer up, Today is Blue Monday
Oxymorons and pleonasms - our very own virtual rea...