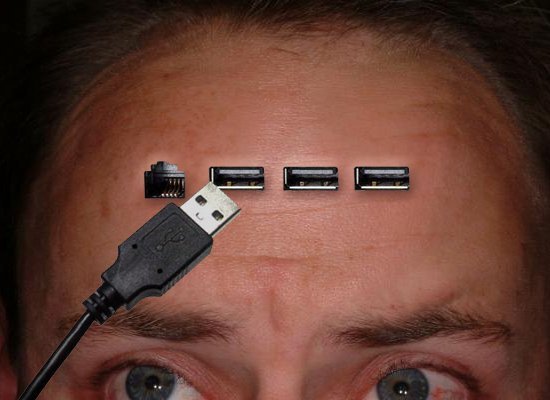 Memory span refers to the longest list of items that a person can repeat back in the correct order immediately after presentation of the information.

Items may include words, numbers, or letters. Recalling a list of numbers is a task as known as digit span.

Memory span is often used to measure short-term memory and is also a component of cognitive ability tests.

A variety of information may be presented, such as digits, letters, words, and sounds, and almost any sense or combination of senses may be used to receive the inputs.

Associability is required for memory span to work effectively. Associability refers to the ability of a person to group a series of elements together: to perceive relationships among the series in order to reproduce them.

Another process involved in memory span is imagery. A person must be able to image or make sense of the information to be able to reproduce the series presented.

This is why I favour images (where possible), or mindmaps / concept maps over lists of words in developing auditory memory in language learning.

It is important to remember that memory span and memory are different in the length of time over which reproduction is possible.

Memory span is transitory, whilst memory is a fairly permanent phenomenon.

When developing auditory memory in language learning – remember that memory span is affected by extrinsic (outside) and intrinsic factors (within the person).

Apart from pathological factors, one main intrinsic aspect affecting memory span is age and everybody appears to have a clear opinion on this. Scientific tests have found that memory span peaks at around 20 years old and declines slowly, but almost imperceptibly until the age of 70. However, memory ‘gymnastic’ activities, such as doing crossword puzzles and word games, Sudoku and even playing chess can help maintain a very healthy memory span well past 70. This is why it is essential to train the memory, rather than rely on automatically writing notes on post-its that will never be reused again. Basically use it (your memory) or lose it.

Rehearsal strategies, including repetition, highlighting important facts and physical cues is an excellent way to work on auditory memory.

When we are able, as a language learner, to use auditory memory to work on listening and then paraphrasing it or repeating it, we must remember what is important – and not everything we listen to is important, a selective skill that is developed by using rehearsal strategies.

We can create mental pictures and paraphrase ideas, and also organizational strategies where we put the important bits together, group, classify and identify the main ideas.  Discussing what we have listened to helps build our memory.

In rehearsal we can emphasize key words and pronunciation of words – “This is a big problem that we are facing.”.

Chunking information and pausing is another way to help develop our auditory memory – it is easier to remember the number 123987456321 by breaking it down into chunks and pausing within the chunks 123-987-456-321, than trying to remember it as a whole number.

We may also memorize numbers with rhythm – remember your multiplication tables in school, which in my school were sung an I still remember them well.  We can also use this for verbal items – “Mirror, signal manoeuvre.”

Make auditory memory activities fun and relevant to the greater language objectives that you are working towards.

Make things as natural as possible – if you can get out and get your hands dirty, all the better. Doing an information search outside that involves directions that you, as a learner actually take, is much better than a flat, didactic set of directions read on paper – learning by doing.

Music can increase verbal rehearsal and the ability to maintain and increase attention to auditory memory tasks, as there is a definite correlation between music and language or even any form of learning.

Here is one activity to try to work on developing auditory memory in language learning :

Listen attentively to the news in English for about 5 minutes (it is useful to record it as you will need to go back over it later.) If it is on TV don’t look at the screen.

Note down just the news items that you hear after listening, not at the same time, then take your notes and put them in the order in which you heard them.

Listen again to the broadcast to check the order you have noted down the items and the order it was originally read.

Repeat this type of activity regularly and you will train yourself to listen more attentively and to increase the span of your auditory memory.

When Sight & Memory are Superimposed

You will be surprised to note that the visual memory of the whole word takes precedence over the word as it is written. The image that you carry in your memory of the word is enough for you to find the word that make sense immediately.

In second language learning however, this phenomena is restricted to common words that you already know but, you can often make an educated guess at the word from the logic that you posses of word construction in your visual memory.

The same text, heard audibly would make no sense at all.

Memory involves the full functioning of the 5 senses, cognition and emotions. So sensations and feelings are therefore just as important when developing auditory memory in language learning, as reason, logic and reflection.

If you have difficulties remembering things then it is more likely that it is a malfunction in the way that you attempted to remember it than a memory malfunction per se :

Now go and try to put this in action.