Do you speak English? 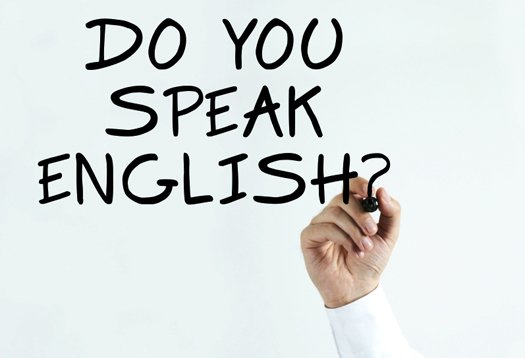 Do you speak English?

A tongue-in-cheek look at language skills.

The first question, Do you speak English? Is met with a response in English then in German.

Research by the British Council finds that three-quarters of UK adults cannot hold a conversation in a foreign language, with fears that public apathy towards the subject risks harming the economy.

Figures show that just a quarter of adults can now hold even a basic conversation with someone in a language other than English.

French is the most commonly spoken foreign language in the UK – used by 15 per cent of people – followed by just over one-in-20 who can understand German.

But almost every other major language such as Mandarin, Arabic and Japanese is alien to the vast majority of English speakers in Britain.

The research, commissioned by the British Council, also revealed that UK schoolchildren are now less likely to speak a foreign language than those in any other European nation.

Over half of people in the EU can speak at least two languages with 38% able to speak English.

Within the European Union, there are 23 officially recognised languages. There are also more than 60 indigenous regional and minority languages, and many non-indigenous languages spoken by migrant communities.