The Effects of Background Music on Learning 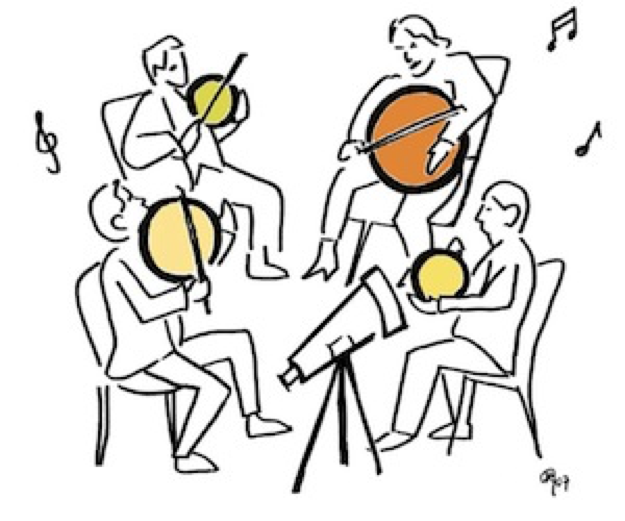 The Effects of Background Music on Learning

I was working this morning with a person to help them to improve the impact of their presentations – the person was French and the presentation are to be delivered in English.

Just before doing the presentation I set a simple task of reading a set of statements about famous inventions that nearly became flops, or how great inventions were invented by accident – Post-its and velcro etc.

As always, I have music on in the background to at least provide a small amount of ‘disturbance’, working on the idea that we are very seldom in a completely noiseless environment, background music not only provides a pleasant atmosphere, it also prepares learners for real world ‘noise’.

Every client I work with comments on it, often negatively to start with, and we often wrestle with the volume controls together as they turn it down to nothing and I crank it back up again.

I often ask learners when we get to this situation the reasons that they think I have the music on, which is in all cases an excellent activity in itself, as often they give reasons that I hadn’t thought of, but by just verbalising ‘my’ justifications, they are starting the process of accepting this ‘change’ up to the point that in the next session they don’t even notice that it is on.

I say ‘change’ as it is exactly that, the majority of learners that I meet who have in some way passed through some form of training have encountered the rigid and staid silence of the classroom and have grown to accept this as being the norm.

It is only when their received thinking is challenged – often by themselves, that they start to be ready to try something a bit different.

So back to where I was.

The learner commented later that when the music was English music (his L2)  it was easy to stay focused on the task, whereas, when the music changed to a French song (his L1), he found it disturbed his concentration and made the task very different.

Now you may say that this is a perfectly normal state of affairs as he was doing two ‘receptive’ tasks – reading and listening, I’ll go along with that, although there was a difference in his concentration levels brought about by the changes in the languages of the music.

This is not an isolated incident, I have heard this many times from other learners and whilst not discounting the comments, I have only made mental notes to have a look at what’s out there in terms of research findings or discussion on the topic.

As far as I have seen, existing research seems to support the hypothesis that certain types of instrumental music, especially slow- to medium-paced, non-percussive music, is beneficial in several learning situations.

The traditional notion that people, especially young learners, concentrate and learn best in a completely quiet environment is being challenged.

In some situations, in fact, complete quiet is nearly impossible to achieve; the sounds of construction and other natural and artificial environmental noises invade almost every aspect of day-to-day life.

Music may be effective not only at “hiding” or covering up some of these distractions, but also as a tool for enhancing the learning process.

In most research on the subject, results showed that the use of background music during learning has a beneficial effect on vocabulary and grammar learning, and that, generally, learners prefer training room background music.

It could be that reading in a foreign language utilises skills that involve the right-side of the brain whilst music stimulates the left side of the brain, producing a more holistic form of learning as neural networks are connected.

In the case of this learner, however, it could be that the lyrics of the song in his own language were more accessible to him than the text he was reading in English.