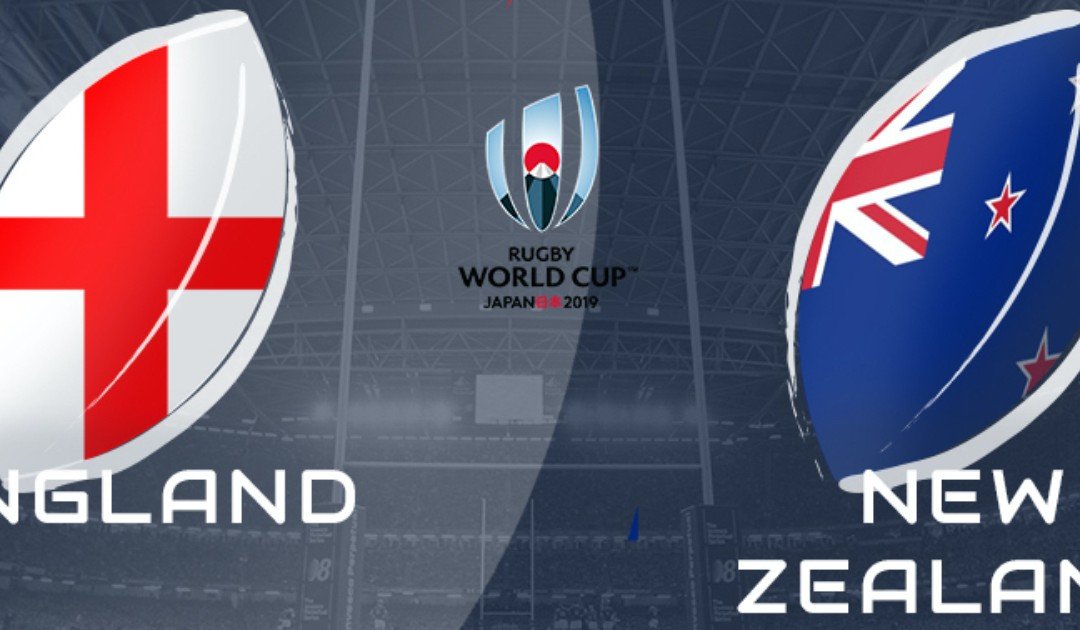 It’s the big one on Saturday 26 October 2019 – the semi finals of the Rugby World Cup with a mouth watering clash between England and New Zealand.

England and New Zealand go head to head for a place in the 2019 World Cup Final this weekend.

Saturday’s mammoth clash in Yokohama is the first between these two teams at rugby’s global showpiece since 1999, when the All Blacks won in a pool-stage encounter.

In fact, it is just the sixth time they have met since 2014, with that awesome, Manu Tuilagi-inspired 38-21 victory for England at Twickenham in 2012 now a fading memory.

Seeking a third successive world title, New Zealand topped Pool B and produced a typically devastating performance to beat Ireland 46-14 in the quarter-finals.

2003 champions England – embarrassed on home soil four years ago – also finished at the summit of their group, but were barely tested due to a combination of overmatched opposition, Typhoon Hagibis and Tomas Lavanini’s red card before an emphatic 40-16 defeat of old rivals Australia in Oita.

It was their first knockout victory at the World Cup since 2007.

Saturday 26 October 2019 sees what has been called 'The final before the final' where England meet New Zealand in the semi finals of the 2019 Rugby World Cup - sure to be a huge game and a delight for neutrals.

The national rugby union teams of England and New Zealand have been playing each other in Test match rugby since 1905, and have contested a total of 38 Test matches since. The first meeting between the two nations was on 2 December 1905, when the All Blacks were in England as part of their European and North America tour. The All Blacks won 15–0.

Their next meeting was on the All Blacks' Invincibles tour of 1924–25. The match was most notable for the sending off of All Black lock Cyril Brownlie, who became the first player to ever be sent off in a Test match.

See how much you know about rugby trivia between these two teams.

International Women's day Quiz
The Ultimate Thanksgiving Quiz
Six eggs in a basket
The mother and child
One hit wonders
Who do you think will win The Cannes Film Festival...