What English sounds like to speakers of other languages 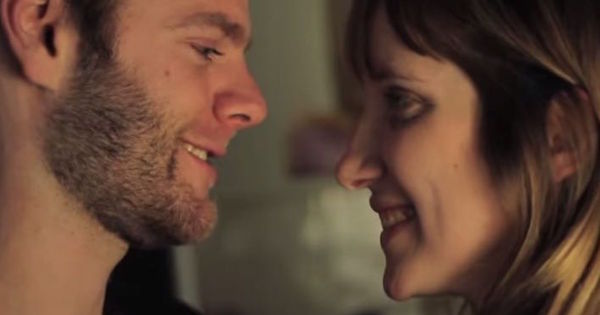 What English sounds like to speakers of other languages

‘Skwerl’ What English sounds like to speakers of other languages – A short film in fake English. As seen on QI. A film by Brian & Karl http://www.brianandkarl.com

What English sounds like to speakers of other languages is a short film directed by Brian Fairbairn and “written” by himself and Karl Eccleston.

All of the dialogue in the film is complete gibberish, but it’s designed to sound like English to foreign speakers, or native speakers that aren’t quite paying attention; those familiar with English will probably find themselves slipping in and out of it in a really weird way.

The gibberish keeps in line with the common sounds in English, keeps out anything foreign-sounding and results in a weird sort of “could you repeat that for me?” effect.

The effect is similar to  Hopelandic, the “language” used by Icelandic band Sigur Rós in several songs from their album Takk and is also very similar to the lyrics sang by the Cocteau Twins. The group earned much critical praise for its innovative, ethereal musical stylings and the distinctive, at times indecipherable soprano vocals of Fraser, which often seemed to veer into glossolalia and mouth music.

Glossolalia or (speaking in tongues) is the fluid vocalizing of speech-like syllables that lack any readily comprehended meaning, in some cases as part of religious practice.

The couple in “Skwerl” speak a combination of mixed-up English and nonsense words, but their meaning is very clear, due mainly to the intonation and rythme used in their speech and their facial expressions and gestures – once again proving that communication is not just a binary process of word to ear.

If a conversation contains patterns taken from English but not sensible words, do we still perceive it as English?

What is it makes up a language apart from the vocabulary and grammar ?

As the vocabulary is generally nonsense in this film, but it has little effect on our understanding (as a native speaker at least) should we be putting our efforts with learners of English as a foreign language elsewhere?