Learn English wedding vocabulary by becoming a Royal Wedding Expert; The Everything You Should Know Quiz. 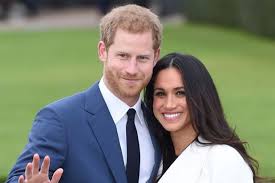 Learn English by becoming a Royal Wedding Expert; The Everything You Should Know Quiz.

Learn English by becoming a Royal Wedding Expert; The Everything You Should Know Quiz. On Monday 27 November 2017 The Prince of Wales announced the engagement of his son Prince Harry to Ms. Meghan Markle and since then wedding fever has gripped the UK, the USA and many other countries in the world. Now with only days to go before the big event the buzz is getting bigger day by day.

The wedding will take place in Windsor, a small town west of London and in the past week the place has been totally transformed with international television crews setting up their stands and tourists from all over the world checking into local hotels to be in position to soak up the atmosphere when Harry and Megan “tie the knot”.

However, against the backcloth of Royal tradition this wedding is breaking all the rules; Megan is an American actress, a divorcée  and a child of a mixed race marriage. This has been seen as a breath of fresh air to the traditional, stuffy customs and etiquette of the older Royals. However, this air of modernity also comes with fodder for the paparazzi as Megan’s half siblings have been selling their story to the press and Megan’s father feeling the terrible stress of press scrutiny, so much so that he is in ill health and can not attend the wedding.

On the day millions of television spectators all over the world will be waiting to see Megan’s dress and who will walk her down the aisle.

We just hope that the British weather will be kind to them.

Try this quiz to build your knowledge of general wedding vocabulary so that you too can speak about weddings in your life.

Learn English by being a Royal Wedding expert. The Everything You Should Know Quiz.

Try this quiz to test your general wedding vocabulary plus your knowledge of the intricacies of royal wedding traditions, etiquette and modern changes.

If you want to find out more take a look at this 40 minute documentary all about the Royal couple.

If you are a RRF (Real Royal Fan !) try this quiz about Queen Elizabeth II and learn some interesting facts about the UK at the same time.

Where should you go on holiday in France?
New Words of 2017
Sergeant Podblog and the coded message
Are you a visual Thinker?
EFL PodBlog Cryptic Crossword N°1
Top 14 Rugby Wash-Up Number 5