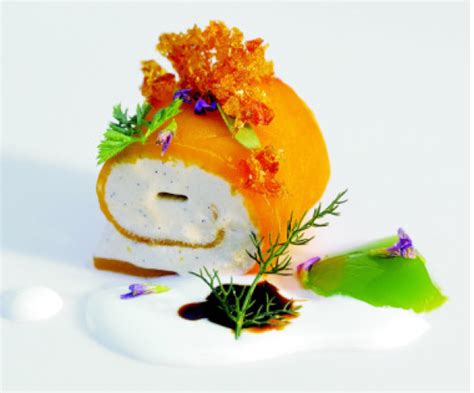 Molecular gastronomy is a subdiscipline of food science that seeks to investigate the physical and chemical transformations of ingredients that occur in cooking.

Its program includes three areas, as cooking was recognized to have three components, which are social, artistic and technical. Molecular cuisine is a modern style of cooking, and takes advantage of many technical innovations from the scientific disciplines.

The term “molecular gastronomy” was coined in 1988 by late Oxford physicist Nicholas Kurti and the French INRA chemist Hervé This.

Ferran Adria may not be the creator of the term molecular gastronomy (in fact, he dislikes the term to refer to what he does) but he is responsible for the first major revolution in cooking since the nouvelle cuisine insurrection in the 1970s and 80s.

His base of operations is the El Bulli restaurant in northern Spain close to Barcelona which opens only 6 months a year and functions solely as an experimental lab the rest of the time.

Ferran Adria’s creativity and innovations usually arise from asking questions like why do we have coffee followed by an egg at breakfast, while at lunch we eat the egg first and then drink the coffee?

By answering these questions or at least trying, he may discover unusual flavors and aromas that pair well with each other, new ingredients and chemicals and lab equipment that could aid him in the kitchen.

He also learns from the food industry. In many cases, the techniques and chemicals he uses have been applied in the food industry for years but his creativity and imagination allow Ferran Adria to apply them in a new magical way that will surprise diners.

Listen to Susan ask Chris about his passion for cookery and his experiments and experiences with mollecular cuisine.