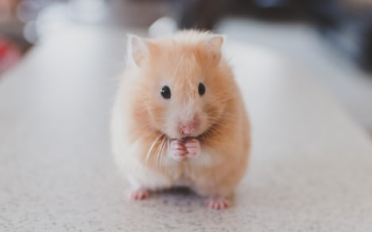 2 researchers believe that the brains of mice can help humans learn a new language more efficiently.

Linguistics professor Melissa Baese-Berk and neurobiologist Santiago Jaramillo are teaming up on a new research project that will combine their two areas of expertise to probe how humans learn languages and to better understand the neural mechanisms underlying that learning.

They have been awarded a $1 million grant from the National Science Foundation to pursue the work.

“This project will investigate how we can improve the efficiency of learning a second language,” Jaramillo explained. “If we can better understand the learning mechanisms in the brain, we can translate that to better learning strategies.”

Baese-Berk has been studying the effect of passive learning, which can happen through an activity like playing Spanish music in the background, and actual practice, where learners are actively trying to train their brain to acquire and retain the information.

“We found that when learners incorporated both passive learning and practice, they could learn the new language in a way that rivaled pure practice and study,” said Baese-Berk,  “But I wanted to know more about why humans are able to learn that way.”

Baese-Berk’s study provided important insights into how humans learn through listening, but it left her wondering why this was the case. She had uncovered a behavioral pattern and wanted to better understand what was happening in the brain to enable that reality.

Enter mice brains and Jaramillo, who specializes in the neural basis of auditory cognitive processes, exactly what Baese-Berk was hoping to understand: how the brain is learning sounds. Jaramillo is using mice because their mammalian brains resemble those of humans, and he can examine them with a level of sensitivity and precision that is unattainable with human brains.

The highly advanced tools and techniques in Jaramillo’s lab allow him to collect incredibly precise data about the neural activity of the mice during their learning exercises. He captures hundreds of different cells on video and uses computational methods to help analyze the high volume of footage from the brain cameras.

Hence a two-pronged approach to their research question. They will work together on the project, with Baeae-Berk leading an experiment looking into human behavior with language learning and Jaramillo spearheading the research behind what happens in the brain while that learning is taking place.

They hope their complimentary research will generate new insights and new research questions that will help us gain a better understanding into how humans can learn a second language more efficiently.