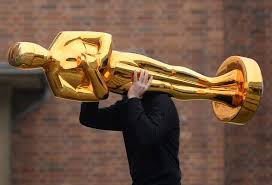 Which Oscar nominated film should you go and see?

The Academy Awards, popularly known as the Oscars, are awards for artistic and technical merit in the film industry.

The origin of the Oscar statuette dates all the way back to 1927. That’s when members of the newly formed Academy of Motion Picture Arts and Sciences held a dinner in the Crystal Ballroom of the Biltmore Hotel in downtown Los Angeles to devise a way to honor outstanding achievements in cinema. MGM art director  sketched the figure of a knight gripping a sword, standing in front of a reel of film. The five spokes of the reel stood for the original five branches of the Academy—actors, directors, producers, technicians, and writers—while the sword symbolized protection for the welfare of the industry.

It is said that the Academy librarian and future executive director Margaret Herrick noted that the bald figure resembled her Uncle Oscar, hence the nickname stuck…. and the rest is history as they say.

In this quiz we ask 10 questions to help you choose which Oscar winning film you should go and see. The questions cover the type of plot, the emotions you seek at the cinema and actors you enjoy watching.

The vocabulary focuses on all the words you need to talk about movies.

Which Oscar winning film should you go to see ?

Why not go further and test your listening skills by listening to the podcast about the Oscars 2021.

England v Australia rugby quiz
Which Oscar nominated film 2018 should you go and ...
Are you a UK accent ace?
Which beer suits your personality ?
Eleven More English Proverbs
Every American Should Be Able to Answer These 12 Q...