Oxymorons and pleonasms – our very own virtual realities 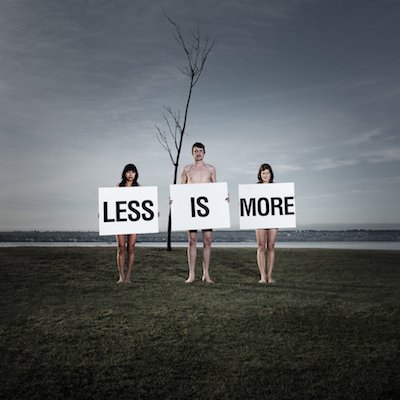 Oxymorons and pleonasms – our very own virtual realities

I was thinking about a photoblog post I did yesterday of a staircase, which I titled, “Stairway up to the sky.” – that’s a pleonasm, right?

I’m in no way a purist in language terms, although I can recognise and appreciate good language usage and I do like that.

We all tend to have certain parasites that leach into our everyday language use – love it or hate it, a lot of it is due to just not taking care, and habit, but can be quite amusing when  we sit back and think about it.

We are eager consumers, passively or actively, of both pleonasms and oxymorons – especially as we are bombarded by the advertising industry’s noble quest of deforming all forms of language, whether written or spoken – and they do a good job of it, don’t they.

Some of it is just downright confusing, whilst some is irritating, or at best laughable – but a great deal of it we absorb without question.

There is a great track by The disposable Heroes of Hiphopricy (what a great band) called “Television – the drug of the nation”. It really is a brilliant word-smithy-hip-hop track which vilifies the drug, as they term it, of television.

In this track they mention the use of oxymorons in advertising that is used on tv – citing such examples as “Fresh frozen”, “light but filling” and “virtually spotless”.

I mean, how can it be virtually spotless – it either is or it isn’t spotless and this is largely how oxymorons work. Even the word ‘Oxymoron’ is an oxymoron, ‘Oxy’ meaning keen, sharp, acid and moron, meaning a stupid person – keenly stupid! – is this a joke or something?

You’ve guessed it, an oxymoron is a figure of speech where two contradicting propositions or opposite terms or ideas are combined to create a rhetorical effect by paradoxical means.

Let’s not get lost in this and have a look at some more examples of oxymorons :

Jumbo shrimp – err a shrimp is small isn’t it?

Unexpected surprise – wouldn’t it have to be unexpected in order for it to be a surprise?

Guestimation – you either estimate by calculating using solid data or proven methods or just guess … I would have thought.

Virtual reality – well come on, it’s either virtual or reality, isn’t it?

Genuine imitation wood – only the best …

A deafening silence – What?

I could go on all day and I hope that you can add to this list through the comments, some are very tongue-in-cheek, whilst others are just non-logical, but we have all heard them and used them at one time or another – they are a feature of language.

Pleonasms, on the other hand, are when we use redundancy in language – as if we’ve won the battle, but we just keep on fighting, adding words, that frankly add nothing in terms of linguistic value – I’ll repeat it again, there is just no value … see what I did there.

Is to “go down below” as on a ship, a pleonasm? As we would have to go down to get below, could just “go below” work without being too ambiguous?

Consider, “Free gifts”, “first introductions” and some people have “Yearly annual meetings.” … every year – I kid you not.

Some examples occur when mixed languages are used, for example when the original word from a foreign language is used by another – “Chai tea” – Chai means tea in Hindi, so it’s Tea-tea … Americans say “Paris France” what? Is there another? Oh yes, in Texas – let’s move on … Ah, yes, there’s “all together”, “end result” and “final finality”, not forgetting “absolutely essential”, “advanced warning” and an “affirmative yes”.

A lot of acronyms are a fertile territory for pleonasms too, such as:

In some ways, both pleonasms and oxymorons are there to make us think (or not) – well that’s my take on it anyway – bit of a linguistic unexpected surprise that only a wise fool would challenge.

And anyway, both oxymorons and pleonasms are infinitely preferably to double negatives, I don’t know none that are acceptable, and heaven forbid mixed metaphors – we’re just stuck in this habit-rut of churning them out at will …

As Al Gore put it, “A leopard can’t change his stripes”.