Self concept and learning – can we teach adults anything? 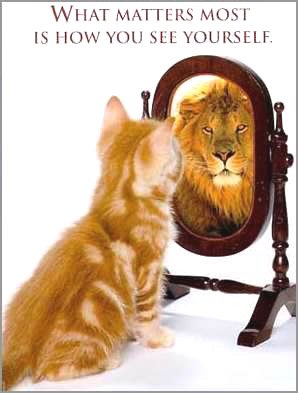 Self concept and learning – can we teach adults anything?

Self concept is a multi-dimensional construct that entails the perception of an individual’s “self” and can be divided into a number of different characteristics, such as:

These are just a few of the variable that go into the forming of our own, individual self-concept, which is not to be confused with self-esteem, self-awareness or self-perception, although each can interact in synergy.

Psychologists are concerned with the way that self-concept affects, influences and modulates behaviour and to some extent the environment around the person.

Generally, people’s self-perceptions are aligned with their thoughts, behaviour, experiences and consequently their actions in a way that is internally consistent and temporally stable.

For example the statement, “I am a perfectionist” is a self-assessment that contributes to the overall forming of the self-concept of the person as expecting the best of themselves and of others and remains relatively stable over time.

In contrast, the statement, “I am hungry” is a temporary state that does not contribute to the forming of the person’s self-concept.

However, although temporal states do have a certain aspect of semi-permanence, it is difficult to put a measure on what is temporal and what is temporary as they are in a constant state of flux.

This can lead to changes in self-esteem, self-image, self-perception and self-concept during times, which are often referred to as “identity crisis” when the concept of self is under constant internal reassessment.

Ever heard of the middle age crisis?

Coupled with this are the external and environmental pressures that cumulate in the (re) forming of self-concept, which can be from external criticism, environmental experiences that (re) shape the “self” through the internalisation of external feedback and judgments.

There are times when the internal self-concept is externally “customised” to fit in with the crowd, whether in social or professional scenarios, which leads to what Carl Rogers referred to as “incongruence”, and which, in turn can lead to anxiety, basically because we cannot be true to ourselves.

People with a positive self-concept are invariably successful in what they do purely because they believe that they will succeed, and invariably do, as their behaviour and thought eventually lead them to success.

On the other hand, people who embark on tasks expecting failure, usually fail as their actions and behaviour invariably bring about the failure that they almost predicted from the outset.

Rotter’s studies divided these two classes of individuals as “Internals”, who think of themselves as controlling events and “Externals” who viewed events as being largely out of their control – which ultimately dictates behaviours, attitudes and consequently outcomes.

It is similar to the image of a child carrying a glass of milk, full to the brim – if the parent says. “You’re going to spill it”?

Now this may be more in line with suggestion that forms the outcome, but ultimately this is what happens in the forming of self-concept, whether it comes to us externally or is formed internally.

I had a conversation this morning with a learner during a coaching session, where he explained how difficult it was for him to learn as his “normal” role in his professional life seldom brings him in contact with “failure” (his words).

He was actually referring to the fact that he is usually ‘so’ in charge of situations in his work that he seldom doubts the outcome (clearly, or at least ostensibly, an “internal” attitude).

His perception being that in his work as a director of a company, “I use the stick, more than the carrot.” to motivate and to get results, “I am in full control.” so being, in his perception totally in full control and mastery of situations in his professional life.

Now, we could say that this would involve a certain disregard for learning events, which occur in his workplace, which by definition, usually involve mistakes being made in order for learning to happen.

In previous posts on this blog we have looked at the idea of “change” in learning and the generally mooted view that “change” is, by essence, learning.

If we take this as being true, then it would seem reasonable to assume that even a change in self-concept can be regarded as a learning event.

The question remains as to whether changes in self-concept can actually be considered as learning as a stand-alone entity.

If this is so, then do we consider that learning about oneself is tantamount to learning?

I personally consider that a shift in self-concept can facilitate the necessary behavioural acceptance that can make way for learning to occur – simply put, a static state of “I am a director.” etc. as a temporal self-concept can do little more than form a barrier to learning, due to the social constructs that could [will?] inevitably hamper learning.

It is a bit like saying. “I am this.” and “I will/can not change.” – at least at the extremes of the spectrum.

At best, it can take the guise of a toeing the line, where little more than superficial, surface learning occurs.

This is where the skills of a professional facilitator really come to the fore, in terms of the preparation and moulding of an environment and attitude in sessions [classes in school] where learners are ready and willing to review their attitudes, behaviours and beliefs about their own learning process that foster change, both in terms of learning and ultimately in self-concept.

This is one of the reasons that I firmly believe that teaching adults, in the traditional form, is a total non-starter. Mainly due to the ‘power’ dynamics in a traditional classroom scenario.

You may see some results in the short-term, but adults who aren’t fully given the responsibility for their own learning will generally show little long-term success in learning.

As learning professionals, we should strive to facilitate a (the) process of learning, which will, by definition, call into question much of the received ideas we have about our beliefs, our potential, our environment and ourselves.

The term “facilitation” can be understood more clearly from where I work, in France as the root comes from ‘facile’ – which means ‘easy’ – so the idea of facilitation is to provide the environment, the relationship and the tools to make things ‘easier’ for the learner.

This, on the face of it, doesn’t provide the full picture, as facilitation does not involve doing things in the place of the learner nor providing solutions, and just because a facilitator makes things ‘easier’ for a learner, does not mean that the process is easy – ultimately it is harder for the facilitator and the learner alike – I am talking more about access to learning being ‘easier’.

For the teacher, it is so much easier to plan a ‘lesson’ that can then be replicated for other people / groups and be so rehearsed that there is not a lot of room for error (nor for creativity, spontaneity nor adaptability).

For the learner it is a much more comfortable process, that they are fully at home with- it is what they are used to, but it takes responsibility, autonomy and accountability away from the learner.

Learning, in my view is all about responsibility and accountability – if we are accountable and responsible for the outcomes of our learning we will ensure that something happens – but we may need help from a facilitator acting as the guarantor of the process in terms of direction, feedback and structure.

This entails, in turn, a huge change in terms of attitudes to learning, to the learning process and to the relationships between learner and facilitator – in this, the power lies firmly in the hands of the learner, the facilitator may possess some of the keys, but the learner is the one who will push the door wide open.

Responsibility and accountability leads naturally to autonomy, which does not necessarily need to include any dimension of independence or isolation but more a spirit of interdependence, where collaboration and consultation actually bridge isolation. Perhaps we should specify that this means autonomy of choice.

Another point is the use of vocabulary – although this may appear to be slightly pedantic, but it is important that the vocabulary matches the situation, which in turn affects the behaviour and attitudes to learning.

For example, calling a facilitator, “a facilitator”, may at first seem strange to the point of almost splitting hairs over terms.

Whereas, calling a person who clearly uses facilitation skills “a teacher”, slightly changes both the power dynamic and the behaviour of at least one – either the learner or the facilitator, or perhaps both.

A learner instinctively knows what to expect from a teacher – they have been there before.

However, what do they expect from a facilitator?

The rules may need to be explained and drawn up – what an excellent opportunity to really delve into the real nitty-gritty of learning whilst setting the rules of engagement for both parties.

I realise that at this point, many of the people reading this will be thinking about contexts where facilitation cannot work – most of the examples that you may have in mind include technical subjects such as maths, physics and engineering.

I would just point out that I am talking about adult learners here, but I see no reason why facilitation cannot be applied to a wide range of subject matters and indeed to helping children learn effectively.

In summary, I would suggest that you cannot teach adults anything – but, you can facilitate a huge amount of learning.

How do you remember things?
Who will win the 6 Nations Rugby Tournament 2016?
Is there a difference between Accent and Pronuncia...
How Do Schools Kill Creativity?