The discovery of Trappist 1 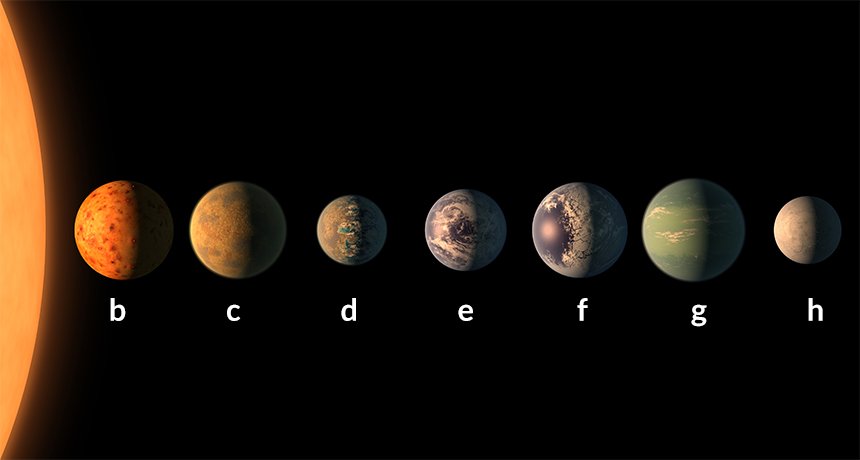 The discovery of Trappist 1

Most intriguing: Three planets that orbit its central star — known as TRAPPIST-1 — may even be within a habitable zone.

That means they fall within a region that could support life as we know it.

As such, these newfound worlds are good sites to focus a search for alien life.

TRAPPIST-1’s big planetary family also hints that many more cousins of Earth may exist than astronomers had thought.

“It’s rather stunning that the system has so many Earth-sized planets,” says Drake Deming, astronomer at the University of Maryland in College Park.

It seems like every stable spot where a planet could be, there is an Earth-sized one. And that, he adds, “bodes well for finding habitable planets.”

Explainer: What is a planet?

Astrophysicist Michaël Gillon works at the University of Liège in Belgium. He was part of a team that last year announced they had found three Earth-sized planets around TRAPPIST-1. This dwarf star is only about the size of Jupiter.  It’s also much cooler than the sun. And it’s a relative neighbor to Earth, a mere 39 light-years away in the constellation Aquarius.

Follow-up observations with the Spitzer Space Telescope and additional telescopes on the ground now show that what first had appeared to be a third planet is actually a quartet of Earth-sized ones. Three of these may be habitable.

from Science for Students