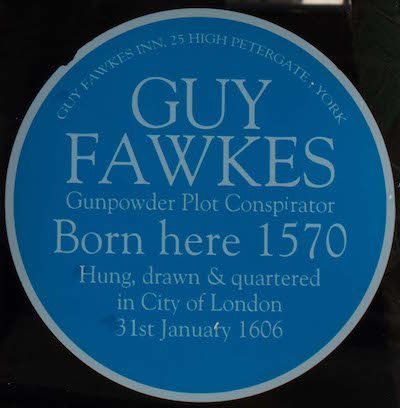 People meet around a bonfire usually with an effigy of Guy Fawkes being burnt, either privately or at organised events to watch fireworks displays, eat baked potatoes, soups, sausages etc. with family and friends.

The religious connotations of the celebration are not really thought about, it is just a family fun evening to enjoy together.

This is what Wikipedia says about it:

Its history begins with the events of 5 November 1605, when Guy Fawkes, a member of the Gunpowder Plot, was arrested while guarding explosives the plotters had placed beneath the House of Lords.

Celebrating the fact that King James I had survived the attempt on his life, people lit bonfires around London, and months later the introduction of the Observance of 5th November Act enforced an annual public day of thanksgiving for the plot’s failure.

Within a few decades Gunpowder Treason Day, as it was known, became the predominant English state commemoration, but as it carried strong religious overtones it also became a focus for anti-Catholic sentiment.

Puritans delivered sermons regarding the perceived dangers of popery, while during increasingly raucous celebrations common folk burnt effigies of popular hate-figures, such as the pope.

Towards the end of the 18th century reports appear of children begging for money with effigies of Guy Fawkes and 5 November gradually became known as Guy Fawkes Day.

Towns such as Lewes and Guildford were in the 19th century scenes of increasingly violent class-based confrontations, fostering traditions those towns celebrate still, albeit peaceably.

In the 1850s changing attitudes resulted in the toning down of much of the day’s anti-Catholic rhetoric, and the Observance of 5th November Act was repealed in 1859.

Eventually the violence was dealt with, and by the 20th century Guy Fawkes Day had become an enjoyable social commemoration, although lacking much of its original focus.

The present-day Guy Fawkes Night is usually celebrated at large organised events, centred on a bonfire and extravagant firework displays.

Settlers exported Guy Fawkes Night to overseas colonies, including some in North America, where it was known as Pope Day. Those festivities died out with the onset of the American Revolution.

Claims that Guy Fawkes Night was a Protestant replacement for older customs like Samhain are disputed, although another old celebration, Halloween, has lately increased in popularity, and according to some writers, may threaten the continued observance of 5 November.

Guy Fawkes Night originates from the Gunpowder Plot of 1605, a failed conspiracy by a group of provincial English Catholics to assassinate the ProtestantKing James I of England and replace him with a Catholic head of state.

In the immediate aftermath of the 5 November arrest of Guy Fawkes, caught guarding a cache of explosives placed beneath the House of Lords, James’s Council allowed the public to celebrate the king’s survival with bonfires, so long as they were “without any danger or disorder”.

This made 1605 the first year the plot’s failure was celebrated.

The following January, days before the surviving conspirators were executed, Parliament passed the Observance of 5th November Act, commonly known as the “Thanksgiving Act”.

It was proposed by a Puritan Member of Parliament, Edward Montagu, who suggested that the king’s apparent deliverance by divine intervention deserved some measure of official recognition, and kept 5 November free as a day of thanksgiving while in theory making attendance at Church mandatory.

A new form of service was also added to the Church of England’s Book of Common Prayer, for use on that date.

Little is known about the earliest celebrations.

In settlements such as Carlisle, Norwich and Nottingham, corporations provided music and artillery salutes.

Canterbury celebrated 5 November 1607 with 106 pounds of gunpowder and 14 pounds of match, and three years later food and drink was provided for local dignitaries, as well as music, explosions and a parade by the local militia.

Even less is known of how the occasion was first commemorated by the general public, although records indicate that in Protestant Dorchester a sermon was read, the church bells rung, and bonfires and fireworks lit.

Songs are still sang by children, here is one from 1903 :

The image of the Guy Fawkes mask has been adopted by the Occupy movement and by Anonymous, and Julian Assange, the founder of WikiLeaks, has also been seen wearing a Guy Fawkes mask.

It has become a regular feature of many protests.

To this day the Yeomen of the Guard (Beefeaters), the English monarch’s bodyguards since 1485, still search the cellars below the Palace of Westminster before each state opening of Parliament.

The spirit of Fawkes, in many regards, lives on.

Mindmapping strategy for writing
What really happens if there is no Brexit deal?
Memory Activity Primacy And Recency
New study uses mice to unlock the secrets of langu... 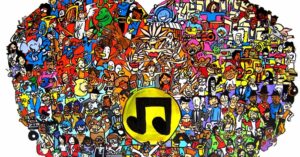 Buy me a coffee?

Ten reasons why training so often fails
Santa delivers his presents in an airport.
Are you addicted to your mobile phone?
The mother and child