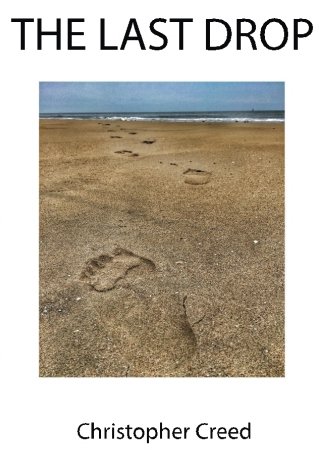 The Last Drop is a hilarious story of how oil is accidentally discovered on a small and up-to-now, unexplored island in The Persian Gulf by two bumbling brothers.

The brothers first inherit a bicycle repair shop from their father who is killed when he falls asleep on a nearby beach – it’s a long story…
Then they acquire a strip of land from their terminally idle, uncle Hilaal, who is tragically killed whilst trying to cool off during a particularly ferocious heatwave.

Rashad has learnt English by watching 1970’s police series, “The Sweeney” and sees himself as the incarnation of Inspector Jack Regan, seizing each and every opportunity to exercise his own brand of cockney rhyming slang and dubious English language skills.

All is pretty much ordinary in the brothers’ lives, until one day, in an uncharacteristic burst of energy, Rashad takes up the work on an abandoned water well, started by uncle years before …

Life changes for the brothers overnight.

The novel is available to buy here and there is a synopsis to give a little more detail about the book.

Chris is based in Toulouse, France – the idea for the books that he has written have all come about via a challenge that is laid down every November (Chris has done this for four years) calle NaNoWriMo – National Novel Writing Month.

NaNoWriMo is a bit of a misnomer as it is a thoroughly international affair, with tens of thousand of people taking part from all over the world. The idea is to write 50,000 words in 30 days – easy…

If you would like to try NaNoWriMo here is a link – it is free and a lot of fun, and who knows, you could have the next bestseller in you.