What’s the problem with social learning? 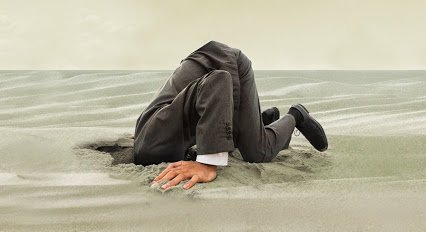 What’s the problem with social learning?

Well, there are many – one thing is that it actually works, which can send a shudder of fear up the spine of some mainstream educators. Like it or not, some education systems are built around the teacher’s needs and a lot less around the needs of learners and a lot of teachers meticulously plan (for) lessons, but not necessarily for learners. That said, I am sure that there are a lot of teachers that resist and are actually very creative and in tune with their learner’s needs and do deliver on this, but is this really the case for the majority?

Other reasons are that people are generally not perceived to be formatted for social learning, even though they do it without knowing it.

Then there is the old chestnut of confusion of terms.

I mean, ‘Social’ for a start – that means time off, sitting around a table with friends or a pint in the pub, and enjoying oneself, doesn’t it?

And ‘Learning’ is often confused with teaching, or at least in the guise that many of us have encountered it in school, and often far beyond.

Social learning must incorporate notions of autonomy, by its very nature.

Autonomy, doesn’t that mean independence, freedom and getting on and doing things alone?

Autonomy does indeed include freedom and, to some extent independence – but this is a freedom of choice in learning Where, when, and how we like, and very often with whom we like – but it is not anarchic in any way.

In social learning, from my understanding, we don’t talk about freedom as ‘independence’ but more as ‘inter-dependence’ – working / learning and communicating with, and from, others.

If people are to learn anything they need to be taught by a teacher, don’t they?

I don’t know, what do you think?

Sometimes, at least at school, working in collaboration with others – well that’s just plain copying and we won’t stand for any of that around here…

That said, many schools are embracing project work, where learners work together on common goals, but this is not the case for every subject, nor indeed, in every school.

Social learning, I believe, can, and does just happen, but the most effective way for it to occur is when it is facilitated in some way – I am carefully avoiding the term ‘taught’.

Facilitation? – how can that ever work – you need someone with a firm body of knowledge – learning is just a transfer of knowledge from one to another, or one to many, isn’t it ?

Firstly, let’s come back to the title – you’re reading this either because you agree with the statement or that you disagree wholeheartedly, or maybe you are just curious to see what I have to say on this – either way, I’ve got your attention.

Now let’s look at the way education has been set up and run over the last few centuries – an insight into one of the few things in life that has remained pretty much stationary over the last two or three hundred years.

In the pre-industrial Revolution, most learning, except for the privileged classes, was a one-to-one phenomena, called « sitting by Nelly », where trades were learnt from an experienced worker, showing and checking the performance of an apprentice until they were ready to do the job alone.

During and after the Industrial Revolution, education then evolved into the model that is traditionally used to this day – the teacher and the class – One-to-many.

The power dynamic being in the hands of the one with the knowledge, who would then sprinkle it on anyone willing to take it up.

This, in my opinion, is nearing its sell-by-date as external pressures, in terms of rapid technological change, exert their influence on the validity and pertinence of this model.

The teacher is dead, long live the teacher – but how are kids and adults going to learn?

Enter Social Learning – we have actually been doing this for centuries, although we may not have known it – or rather not really thought about putting a label on it.

Social, refers to the system in which humans thrive – a society – not always linked to spare-time, leisure or enjoyment, although, spare-time and enjoyment are some of the key aspects of social learning – well, learning in short.

The main concept behind social learning is that ‘no man [sic] is an island’, that we learn best when we are interacting and collaborating with others – this works well in the workplace (usually) but is often penalised in school, branded as copying or worse.

Of course there are teachers who are aware of the shortcomings of the traditional educational model, who are actively putting into place activities that are dragging the classroom into the 21st century, leveraging social media and technology to facilitate this.

However, the dynamics of social learning are not used in any formal testing system – there are no marking criteria that I am aware of that take into account group collaboration dynamics or serendipitous learning.

Arguments that I have heard are that they are just too complex to evaluate … so let’s just stay with evaluating what we know how to evaluate – right and wrong answers on a formal test / evaluation / examination.

Now, we can all recognise that it will take a virtual [sic] revolution in education to implement any form of evaluation system to encompass the variables of social learning – but it is not impossible to achieve.

We all can see that, but there will surely come a time, when the head will need to be removed from the sand, if only to adapt to technological change, which in turn is driving social change.

What type of EFL teacher are you?
What's an idiom ? Try this quiz to find out !
10 Killer questions Emmanuel
How to activate your memory for language learnin...
To learn is to be free
Buster The Boxer Christmas Ad