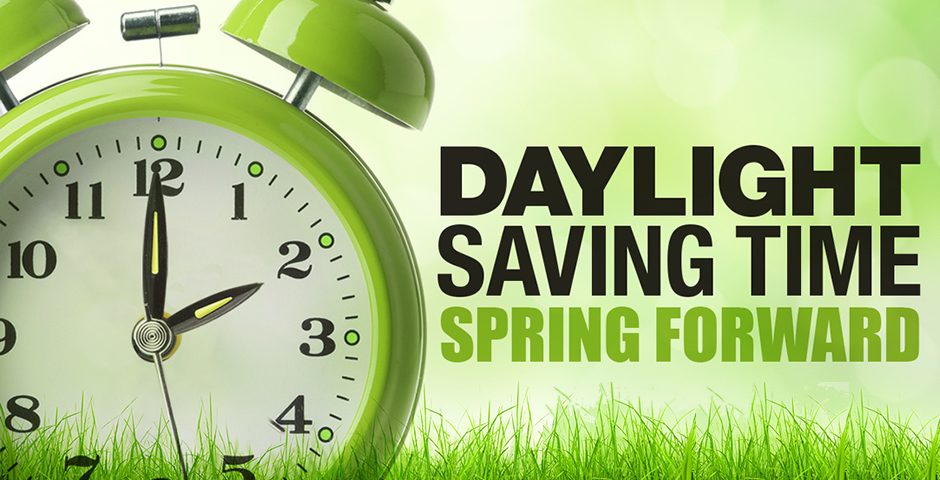 Daylight saving time (DST), also daylight savings time or daylight time (the United States and Canada) and British summer time (United Kingdom), is the practice of advancing clocks (typically by one hour) during warmer months so that darkness falls at a later clock time.

The typical implementation of DST is to set clocks forward by one hour in the spring (“spring forward”) and set clocks back by one hour in autumn (“fall back”) to return to standard time. As a result, there is one 23-hour day in late winter or early spring and one 25-hour day in the autumn.

George Hudson proposed the idea of daylight saving in 1895.

The German Empire and Austria-Hungary organized the first nationwide implementation starting on April 30, 1916.

Many countries have used it at various times since then, particularly since the 1970s energy crisis.

DST is generally not observed near the equator, where sunrise and sunset times do not vary enough to justify it.

Some countries observe it only in some regions and only a minority of the world’s population uses DST; Asia and Africa generally do not observe it.

Listen to the podcast for some unusual facts about Daylight Saving Time.

A quiz with a difference..... you provide whatever answer seems right to you !

Try this quiz BEFORE listening to the podcast. It will get you thinking and then you can find out the answers from Chris in the podcast and hear how Sue uses her imagination to come up with some plausible explanations to these 15 amazing trivia questions.

If you are a teacher, this is a great way to plan your lesson to get students using their imagination and picking up new expressions along the way.